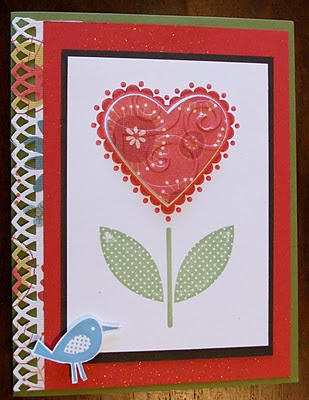 Much chocolate was given and consumed to mark this Valentine's Day. As an American living in England, I must say that the British know how to make scrumptious chocolate. There is a vast selection of choccies of all makes and tastes to satisfy even the most addicted chocoholics! 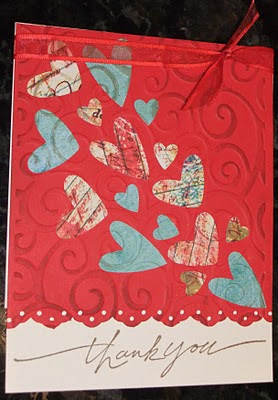 Here are some cards that I taught last week in a Valentine's stamping and crafting class.

The card above used a technique sometimes called 'inset embossing.' Little hearts were punched out using the Stampin' Up Heart to Heart punch; they were glued to the red card front, which was then run through the Cuttlebug with a texture embossing folder.The Stampin' Up eyelet border edge punch was used on the red card front, which also has been distressed by rubbing brown ink on the raised areas of the embossed design. Stampin' Up Wonderful Words set was used for the sentiment at the bottom of the card. 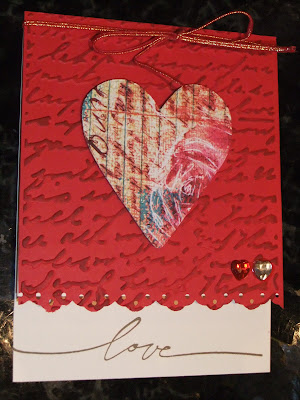 On the card above, the heart was cut from a Cuttlebug die. The resulting diecut was adhered to the red card front, which has already been embossed and distressed. 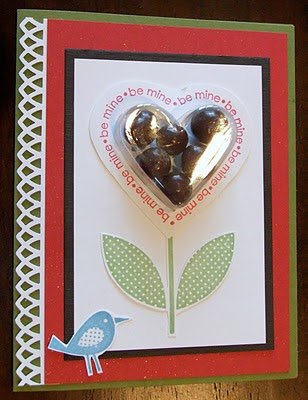 The﻿ card above uses Stampin' Up's Sweetheart set. It is designed to be used on its own or with the SU Full Heart Punch. In the card above, I also used the plastic treat cups that can be inserted to hold candy, confetti, or other tiny treats. Ink colors used were Real Red, Pear Pizzazz, and Marina Mist. The scrumptious card above was copied from an original designed by Stampin' Up demonstrator Brandy Cox; you can see her card on her blog: http://brandyscards.com/2011/01/january-stamp-camp-2/. Her blog is full of amazing and inspirational ideas. 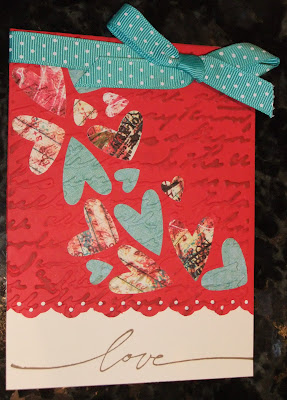 As you can see, I made extra cards because our international group of around a dozen crafty ladies living in Surrey have decided to make cards for charity in spring. We were invited by the Maple Village WI to have a booth at their upcoming Spring Fayre at St. Andrew's Church (Maple Road in Surbiton) on March 19th. Our Craft and Chat group members will meet most Wednesdays to start churning out some lovely cards.

Thank you to my crafty friends for your generosity and enthusiasm in making cards for charity. 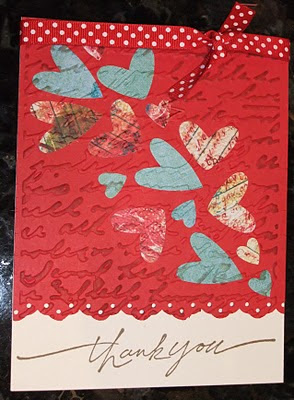 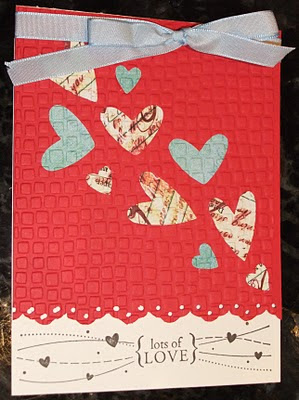